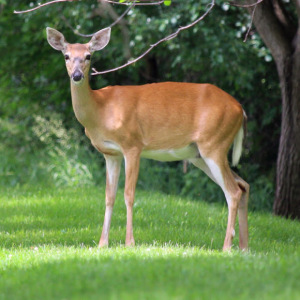 Charles Walter Burke, 78, of Huffman, Texas went to be with the Lord on November 6, 2020. He was born in Colfax, Louisiana on August 14, 1942, to Beulah Rae Maddox and George Burke, Sr. where he grew up in a hardworking family on a farm supplying his own needs at the young age of 12.

Mr. Burke married his God-fearing wife Mildred Estelle Parker on June 15, 1963. They excitedly welcomed their first child, Brian Keith Burke, in 1964, followed by their second son, Kevin Del Burke, in 1967, and only daughter, Donna Mischelle Burke, in 1968. They moved to Pasadena, Texas in 1965, where he and his wife reared their children and later built their dream home on 7.5 acres in 1987 in Huffman, Texas.

Charles loved to tell foul jokes that had anyone in ears distance laughing. He often told tall tales to his grandchildren like how he walked to school in 78” of snow or caught more fish than the lake could hold. He truly lived the American dream while being a provider for his family. He was passionate about gardening while teaching his children, grandchildren, and great-grandchildren how to provide food for themselves. He spent many days Crappie fishing with his friends on Lake Houston and would return home to fry up the mess of fish caught from that day’s adventure. Spending early mornings and late evenings in the deer stand was like therapy to his soul. He put food on the table hunting the great outdoors of Texas and shared many deer camp stories with his family and friends. Christmas was a joyful time of the year for him. It warmed his heart to put a tear in the eyes of his wife or smile on the face of his grandchildren after shopping for gifts with his daughter.

Beginning his career in the civil construction industry in 1965 with Mischer Construction, which was later bought out by Marathon, was just the start of his professional success. He later joined Angel Brothers in 1986, where he continued to make many industry friends and build his construction knowledge. In 1996, he and his sons started Triple B Services, LLP where he remained focused on providing for his family and becoming one of the leading professional construction contractors in the Houston area and southeast Texas.

Friends are invited to visit with the family from 4pm until 8pm, on Thursday, November 12, 2020, in the chapel of Sterling Funeral Home, 602 N. Main Street, Dayton, Texas 77535. A funeral service will be held at 10am, on Friday, November 13, 2020, at Sterling Funeral Home, with Bro. Lloyd McDaniel officiating. A graveside service and committal will immediately follow in Huffman Cemetery, 26400 Humble-Crosby Road in Huffman.