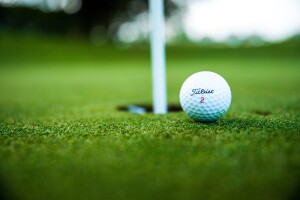 Charles Bennett Bradbury, 78, of Anahuac, Texas, passed away peacefully on Wednesday, October 28, 2020, at his home, surrounded by his loving family. He was born on December 20, 1941, in Madisonville, Texas, to the late Lorene Cammack Hunckler and William Percy Bradbury. Charles graduated from Madisonville High School, class of 1960, where he played on their basketball, baseball, and football teams. While in high school, he lived with his second family, The Dyer Family, and worked on their dairy. After high school, Charles continued his education at Sam Houston State University and continued playing basketball for the school’s team.

Charles worked for more than twenty years as a purchasing agent with KMCO in Crosby, Texas before his retirement in 2008. He was part owner of The Madison County Livestock Commission Co beginning in 1970.

Charles was of the Methodist faith. He served for several years on the Madison County’s Go Texan Committee for the Houston Livestock Show and Rodeo and was a Lifetime Member of Rodeo Houston.

Charles was a kind, loving and patient man, yet funny to a fault. He also had “the look” that would often mean someone did something that he did not approve of. Charles loved nothing more than being a PawPaw to his numerous grandchildren and great-grandchildren. He was affectionately known as Chuck or “The Cheese” and will be deeply missed and fondly remembered by all who knew and loved him.

Charles pursued many interests, some of which included hunting, fishing, and golfing. He also enjoyed betting on football games and taking his chances at playing the slots. His favorite hobby of all was spending quality time with his family.

Charles was preceded in death by his parents; and his brothers Barry Dean Bradbury and John Wayne Bradbury. He leaves behind to cherish his loving memory, his wife of thirty-one years Janice Ellen Moor Bradbury of Anahuac; his children Bill Bennett Bradbury and wife Denisa of Madisonville, Carroll Fox and husband Phillip of Madisonville, Cody Moor Bradbury and wife Ava of Mont Belvieu, Wade Villemez and wife Sherry of San Leon, Darin Ray Villemez and wife Carrie of Anahuac and Stacey Ann Villemez of Anahuac; his many grandchildren and great-grandchildren, too numerous to name; and a host of other loving relatives and friends.

A graveside service and committal will be held at 2pm, on Sunday, November 1, 2020 in Anahuac Cemetery, with Brother Kevin Parrack, officiating. Friends are invited to visit with the family beginning at 1:30pm at the cemetery.

In lieu of flowers, memorial contributions may be made in Charles’ honor to the Madison County Area Go Texan for their scholarship fund at P.O. Box 395, Madisonville, Texas 77864.